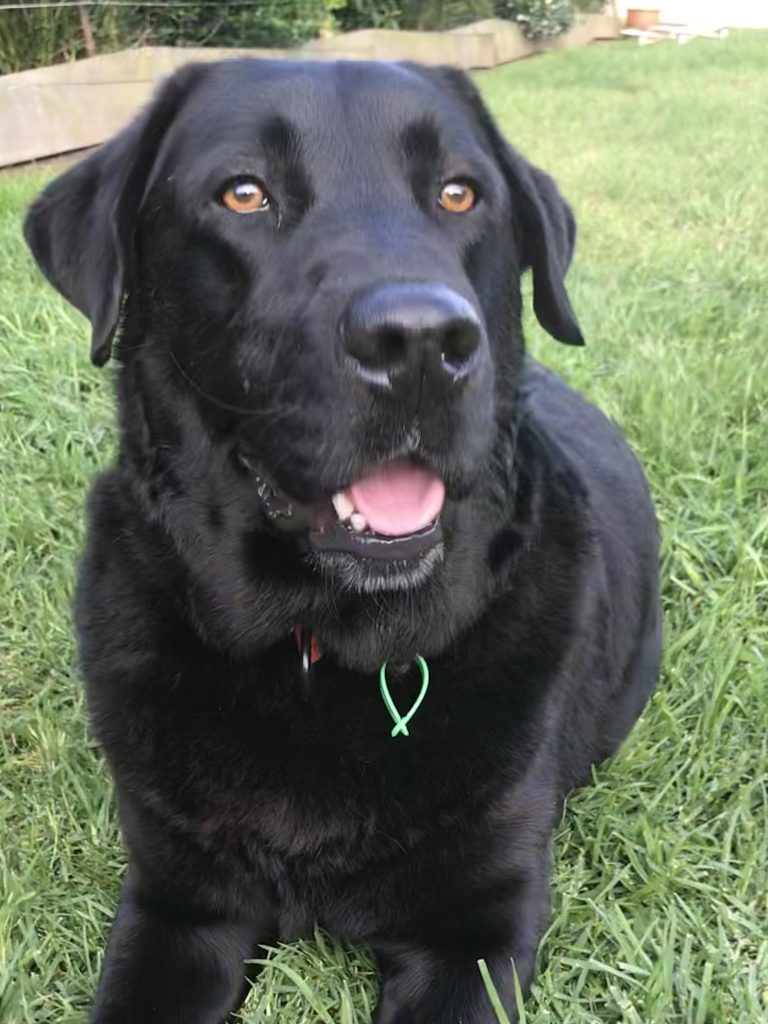 This loveable, big boofhead is Harry.  Harry is a 3-4 year old Labrador looking for a family to pour his heart and soul into and forewarning, this will include plenty of licking! Harry needs to be as close to you as he possibly can and really would not be suitable in an only dog home. He is great outside during the day but will need a doggy companion to keep him company when his humans aren’t home. You might have noticed that our Harry has a stumpy tail, he had his tail removed due to an infection in the past, not too worry tho, his entire butt still wiggles in true lab style but with the added benefit for us humans of no whacking from a tail.

Now quickly, just quietly, while he’s not around, let’s talk about Harry’s weight… you might have noticed that Harry is what we would describe as a big chunky fella but he shouldn’t be.  Since being in foster care and on a good quality controlled raw diet he has lost almost 4kg and is a much happier and healthy boy than when he first arrived. He has another 6 or so kilos to go. For Harry’s health his diet must continue and only families prepared to consider following Harry’s weight loss plan need apply, this is essential for his future health. He will also need an active family prepared to take him walking regularly to build up his muscle strength.

Harry was very wary of meeting new people when he first arrived and barked at them, this has settled now that he has met many new people and discovered that it’s not that scary.

This boy is not the kind of dog to be left outside when you’re home. He needs a home where he can get attention and affection, join you on the lounge and generally make himself at home. He is not tested with kids but at his size and given his very wriggly, clumsy body, he may knock younger kids over, so older kids would be a better fit. He is not tested with cats but gets on well with dogs of all sizes. He is very demanding of his humans and can get quite protective and bossy with another dog if he thinks they’re getting more attention than him.

Harry still needs to build up his confidence on walks, and can be a little nervous – I’m sure it’s just that he hasn’t been out a lot so with more walks this will improve. He is very well behaved in the car and jumps in quite happily but again displays some anxiety while in the car.

If you are after a big cuddly boy like Harry and have plenty of time to spend with him, and happy to continue with his weight management please complete an application and we’ll let you know what Harry thinks about you as his prospective family

Previous
Next
Apply Now!
Form for Surrendering Your Animal to Tiki
Application For Adoption
Donate to Tim Tam & the "Biscuits" Ongoing Care

Registered before? Log in to use your saved details.

If you registered an account, please enter your details below to login. If this is your first time, proceed to the donation form.